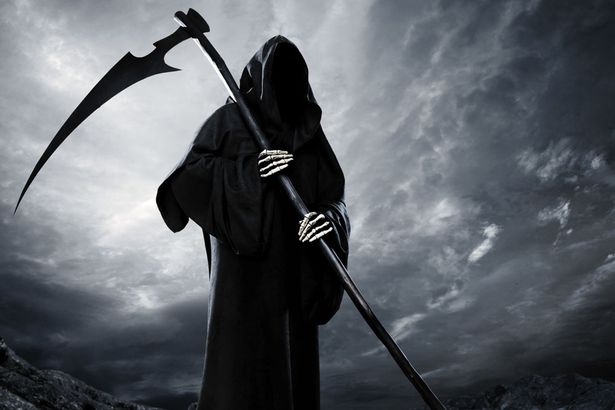 Gerascophobia, named after the son of Nyx, Geras, from Greek mythology, is the fear of old age and inevitable death.

As Wikipedia defines it, Gerascophobia is the abnormal fear of ageing or growing old. Gerascophobia may be based on anxieties of being left alone, without resources and incapable of caring for oneself.

Now, I have picked King Yayati as my case-in-point because he was cursed by a sage, and he became an old man. Fearing his approaching death, he begs for forgiveness, and the sage gives him a chance to live as a young man again, if he managed to convince one of his sons to take the burden of the curse.

Yayati was what we know now as “The King of The World.” Sorry, DiCaprio, but he got the title before you.

This story focuses on King Yayati, one of the Pandavas’ ancestors. The main characters of this story are King Yayati, Devayani, Sharmishta and Shukracharya.

Yayati was a famous ruler who conquered the entire world. He had two wives, Devayani and Sharmishta, of which the former was the daughter of Shukracharya, the sage with whose blessings the kingdom prospered.

Yayati had two wives, Devayani and Sharmishta. By the order of Shukracharya, Yayati was forbidden to have a child with Sharmishta, even though he was married to her.

But, he went ahead and had four children with her.

Shukracharya found out about it after a long time, when Devayani went and told him about Yayati and Sharmishta.

Enraged, Shukracharya cursed Yayati, saying that he would become an old man, and age much faster. I think the curse was

I think Shukracharya imagined “yellow” as a synonym for “old”, as in “yellowed paper.”

Anyways, it worked (it may not have for Ron Weasley…), and immediately, Yayati was on his knees, begging for mercy.

Shukracharya’s rage subsided when he saw the king fall and weep. He said sharply, “All right. I’ll give you one last chance. You can lose the curse, if you manage to get one of Sharmishta’s sons to take the burden of the curse.”

The king, relieved, ran back to his palace, and rushed into his first son’s room, where he saw his son, eyes glued to the computer, playing Call Of Duty. He was the more violent-ish type, who loved nothing more than decimating, decapitating and destroying. He had JBL headphones on, and looking at Yayati trying to talk to him, from Yadu’s point of view was like watching a Charlie Chaplin movie- no sound.

Then, Yadu turned to his left, and saw an old man, with a long grey beard, and silvery white hair.

He shouted,” Dumbledore!!!!!” And began talking about magic and whatnot.

Yayati silenced him with a single wave of his hand (not wand, mind), and explained the situation to Yadu.

Yadu sat silent for a while, and then said, “Father, how can I do this? The way I see it, we shouldn’t even exist. You broke the rules, and now you want us to pay for your mistake. How is this fair?”

Yayati stood, and said, “Okay. I see what you mean. Forgive me.”

He walked out of the room.

Next, he went to Druhyu’s room. Druhyu was a more mind-games oriented guy, so, he was playing blitz chess on his phone.

When he saw Yayati approaching him, he said in a squeaky voice, “Gandalf?”

Yayati sighed, and explained the situation all over again.

Druhyu, too, declined to accept the curse.

He then went to his fourth son’s room (Anu had gone to another kingdom), and explained the problem to Puru.

Puru said, “Father, I accept your curse. You can stay healthy and live long. I have no need for youth; all I need is life. I am happy to live. I need to focus on more important things.

At this, Yayati smiled, and magically started growing younger. Puru grew a long beard, and had greyish hair.

Yayati thanked his son profusely, and ran out of his room, jumping about.

But then, he thought, “Is it really worth it? Do I really need eternal youth?” He thought about Puru’s words, and ran back to his son’s room. He said, “My son, I have realized that I do not need eternal youth. I wish to renounce all materialistic pleasures, and become an ascetic. I grant you my age as well as your youth. May you live long and prosper.” So, in the end, a gerascophobic man greeted death like an old friend, and rose to heaven. As for Puru, he lived for many years, and his descendant was Shantanu, Bheeshma’s father.  Yayati was living life for worldly pleasures, until he realized that all life is an illusion, and truth can be seen only when all this is renounced. Puru had realized this long ago, and didn’t really care for what his brothers had, and was awaiting his chance to attain truth.

4 thoughts on “GERASCOPHOBIA AND YAYATI”